We must not be misled when we meet people who have not advanced by means of intellectual understanding, but have certain psychic abilities that seem to appear spontaneously. Based on our understanding of the mission of spiritual science, we know that souls can now think only because the clairvoyance of an earlier age has been suppressed.

People with natural clairvoyance, which was not acquired through inner effort, must be seen as persons who have remained at an earlier evolutionary stage and who should therefore receive special care in our Society, rather than be considered particularly advanced. […]

People with a natural gift of clairvoyance have gone through far less than those who are thinkers nowadays. […]

Our Society could give them what they cannot get anywhere else: order in their soul. But to make that possible most of the members of our Society must have a profound inner knowledge of the mission of true spiritual science in the present. If that happened, then the case that so saddened us in recent days could not recur.

I am referring to a member, who joined in the belief our Society would care for clairvoyant psychic forces, but then found here a captive audience and took on the role of a prophet. […]

Unfortunately, we have had to suffer the case of …, who came from a country in the north. He might have become a good member if he had worked quietly on developing his psychic powers. Instead, he was immediately surrounded by a kind of aura. He presented himself everywhere as a healer in a way we can only consider regrettable.

It became necessary to announce that he could no longer be considered a member of our Society. For it would be turned into the exact opposite of what it should be if we failed to carefully draw attention to psychic phenomena that are not imbued with true spiritual power, which, after all, is the true power of Christ.

Christ, not psychic powers, must work in us. These circumstances must be handled so as to make it clear that our Society will have nothing to do with this. It knows no other sanction than the one used in the last few days. Unfortunately, a step had to be taken we otherwise oppose in principle: a member had to be expelled. This cannot be separated from a serious and worthy concept of the mission of the Anthroposophical Society. And certainly you will understand that it is only with great sorrow one lives through the events that had to be lived through here in the last few days. We are in principle opposed to all expulsions and yet could not avoid expelling someone in such a case.

Source: Rudolf Steiner – GA 154 – The Presence of the Dead on the Spiritual Path: LECTURE THREE: AWAKENING SPIRITUAL THOUGHTS – Basel, May 5, 1914 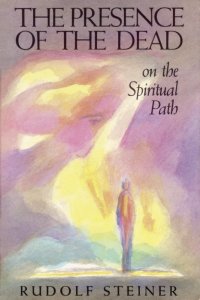