When the famous eruption of Mount Pelee in Central America took place, very noteworthy and instructive documents were found in the ruins afterwards. In one of them it said: “You need not fear any more because the danger is past; there will be no more eruptions. This is shown by the laws which we have recognised as the laws of nature.” These documents, which stated that further volcanic eruptions were impossible according to the current state of knowledge of nature, had been buried — and with them the scholars who had written these documents on the basis of their normal scholarly knowledge. A tragic event took place here. But that precisely demonstrated the disharmony of the human being with the physical world quite clearly. There can be no doubt that the intelligence of the scholars who investigated these natural laws would have been adequate to find the truth if they had been sufficiently trained. For they were not lacking in intelligence.

But although intelligence is necessary, it is insufficient on its own. Animals, for example, leave an area if such an event is imminent. That is a well-known fact. Only the domesticated animals perish with the human beings. The so-called animal instinct is therefore sufficient to develop a far greater wisdom as far as those future events are concerned than human wisdom today. “Intelligence” is not the decisive factor; our current intellect is present also in those who commit the greatest follies. Intelligence is therefore not lacking.

What is lacking is sufficiently matured experience of events. As soon as the intelligence lays something down which appears plausible to its narrow limited experience it can come into disharmony with the real outward events and then the outer events break down around it. For there is a relationship between the physical body and the world which the human being will gradually learn to recognise and grasp with the forces which he possesses today already. But he will only be able to do this once he has accrued and assimilated the experiences of the outside world. Then the harmony which will have developed as a result of this experience will have been created by no other intellect than the one we have today; for it is precisely in the present that our intellect has developed to a certain stage. The only thing lacking is the ripening of experience. If the maturing of experience does not correspond to the outside then the human being becomes disharmonious with the outside world and can be broken on events in the outer world. 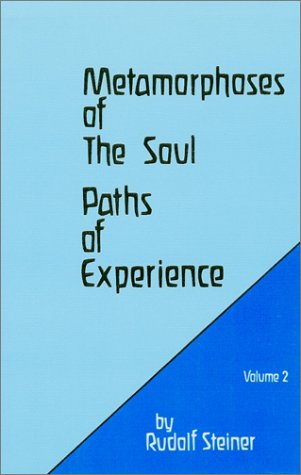