We have often heard that when criminals, in whom instinctive subconsciousness works very strongly, have committed some particular crime, they have a peculiar instinct; they are drawn back to the place where they did it; an indefinable feeling drives them back. Such things only express in special cases what is common to man in respect of many things. When we have done something, accomplished something, however seemingly unimportant, something of it remains in us, something of what we have grasped in the doing of it; a certain force remains in us from the thing we have done, from the forces with which we have done it something remains connected with the ego. This cannot be otherwise expressed, although of course it is expressed as a kind of imagination.

A man cannot avoid forming certain connections with all the beings he meets, and the things he grasps (not, of course, physical things only), the things with which he has something to do in life. We leave our own distinctive mark on all things, and a feeling of being bound up with the things with which we have come in touch by our deeds, remains in our subconsciousness. In the case of criminals this comes to expression in an abnormal way, because there the unconsciousness flashes up very instinctively into the ordinary consciousness; but in his sub-consciousness every man has the feeling that he must return to the place with which he has come in touch by his deeds.

This also takes part in forming our karma; our karma arises from this. From this subconscious feeling, which at first presses into existence in a nebulous way, we have the general feeling of unity with the whole world. Because everywhere we leave our mark, we have this feeling. 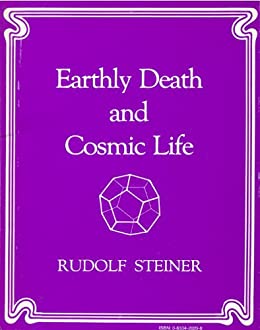