And so we see in Novalis a radiant and splendid forerunner of that Michael stream which is now to lead you all, my dear friends, while you live; and then, after you have gone through the gate of death, you will find in the spiritual super-sensible worlds all those others — among them also the being of whom I have been speaking to you today — all those with whom you are to prepare the work that shall be accomplished at the end of the century, and that shall lead mankind past the great crisis in which it is involved. 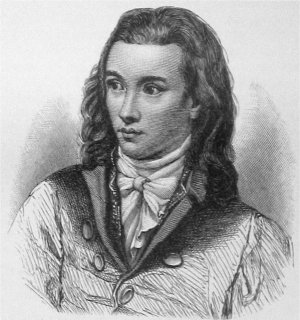 Novalis – A Sketch – by Violet Plincke

“On Lady Day, 1801, when the wings of death approached Novalis, he begged his brother to play some music on the harpsichord. He passed over during sleep, his brother’s music accompanying his entrance into the spiritual world.

[…] Rudolf Steiner once said: “What is given now as anthroposophical spirituality lived in Novalis.”

[…] All his life was spent in reaching out for clearer and clearer visions of Anthropos — the TRUE MAN.

In very truth Anthroposophia weaves and lives in the work of Novalis.”

Novalis – A Sketch – by Violet Plincke

An essay first printed in the journal, Anthroposophy a Quarterly Review of Spiritual Science, Vol. 3, No. 3, Michaelmas, 1928

Violetta Elsa Plincke (17 June 1883 in St Petersburg Russia – 7 January 1968 London UK) was a Waldorf teacher and lecturer on education who contributed much to the establishment of Steiner education in Britain.