Anyone may now say: this is a nice little test of the social question; this is rather cute! Have we not always preached this, the one may say, that the human beings are selfish, and that one must count on their egoism? Now there comes the spiritual worldview and says that this can change. — Indeed, one has always preached that this could not be different and one was very proud of it and said, someone is a true practitioner who counts on the human egoism.

Indeed, but here the thinking of the people does not turn the tables. For those who blame everything for conditions, for facilities must admit that at least — because just the conditions were in such a way as they have developed up to now — that also this desire and impulse came into the human being. However, there the thinking becomes too short. For, otherwise, they would have to say, yes, quite different surroundings are created at any rate, if the idea becomes established that it is indecent to found everything on personal self-interest.

Source: Rudolf Steiner – GA 54 – The Riddles of the World and Anthroposophy: Spiritual Science and the Social Question – Hamburg, March 2, 1908 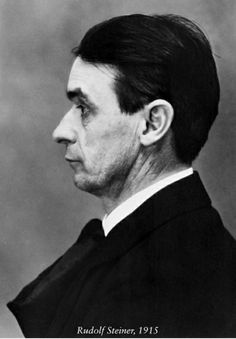