While a man is going about on Earth, he regards his physical body and his etheric body — of which he knows little, but at least he feels it in his powers of growth, and so on — as his own body, but he has no right to do so. Only his Ego and his astral body are his. Everything present in his physical body and etheric body — even while he is on Earth — is the property of the divine-spiritual Beings who live and weave within them, and continue their work while the man is absent in sleep.

It would go badly with anyone if he had to care for his own etheric and physical bodies in continual wakefulness between birth and death. Time and time again he is obliged to hand over his physical and etheric bodies to the Gods — especially during childhood, for then sleep is the most important thing of all. Later in life sleep works only as a corrective; the really fructifying sleep is the sleep that comes to a child in the first years of its life. Thus the human being has continually to be yielding up both physical and etheric bodies to the care of the Gods.

In past ages of human evolution this was so clearly perceived that the body was called the temple of the Gods, for so was its wonderful structure experienced. And in all architectural work — this can best be seen in oriental buildings, but also in those of Egypt and of Greece — the laws of the physical body and the etheric body were followed. In the very way the Cherubim are set on the temples of the East, in the attitude of a sphinx, or in the placing of pillars — in all this the work of divine-spiritual Beings in the human physical and etheric bodies has been made to live again. In the course of evolution, consciousness of this has been lost; and to-day we refer to the physical body as our own — with no notion of how unjustified this is — whereas as an earthly creation it belongs in reality to the Gods.

Hence, when anyone to-day talks of “my body”, when he speaks of the healthy functioning of his body as due to himself, it is just an instance of the prodigious arrogance of modern man — a subconscious pride, certainly, expressed with no awareness of it, but none the less deplorable. It shows how in speaking of their bodies as their own, people are really laying claim to the property of the Gods, and this pride is embodied in their very speech. 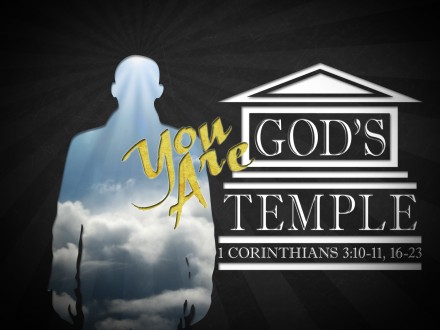