Let it be remembered, that in the physical world whatever we do in thinking, feeling and willing in order to have some knowledge of that world or to do something for it — all this serves only as preparation for knowledge of the higher worlds.

Whatever we may think about something belonging to the physical world, no matter how astutely, gives us no knowledge of the higher worlds. Through thinking our soul is merely prepared, merely trained in such a way that it gradually becomes capable of penetrating into the spiritual worlds.

And the same applies to willing and feeling in connection with things of the physical world. In order to be doubly clear, let me say this. A learned researcher, through his scientific methods, gets to know something belonging to the external world. When he has investigated it he is wont to say: I know this and that belonging to the external world. This kind of investigation, this kind of thinking, does not help him in the very least to penetrate into the spiritual world.

Source: Rudolf Steiner – GA 156 – Occult Reading and Occult Hearing –  LECTURE I: The Human Being and his Relationship to the World – Dornach, 3rd October 1914 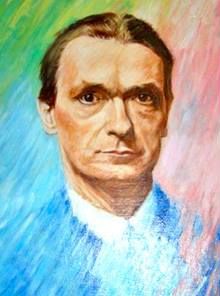