Consider one of the most savage men, who eats up his fellow-men, and compare him with an average European, and the latter again with a highly developed individual — Goethe, for example, or Schiller, or Francis of Assisi. The savage blindly follows the instincts and passions contained in his astral body. He has an Ego, but this Ego still lives completely under the sway of the astral body. An average man of the present time is already able to distinguish good and evil, and this is due to the fact that he has worked upon his astral body. He has worked upon it and even transformed certain instincts into so-called ideals.

Source: Rudolf Steiner – GA 100 – Theosophy and Rosicrucianism: Lecture III. MAN’S SELF-CONSCIOUSNESS, HIS WORK UPON THE LOWER MEMBERS OF HIS BEING AND HIS DESTINY AFTER DEATH – Kassel, 18th June 1907 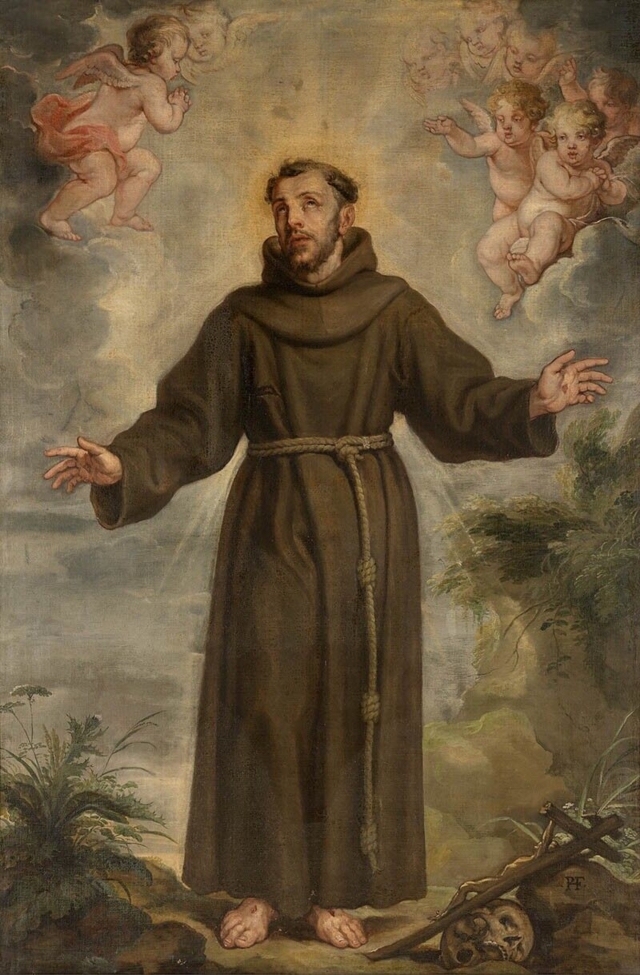 FRANCIS OF ASSISI by Philip Fruytiers